Talk to our experts: 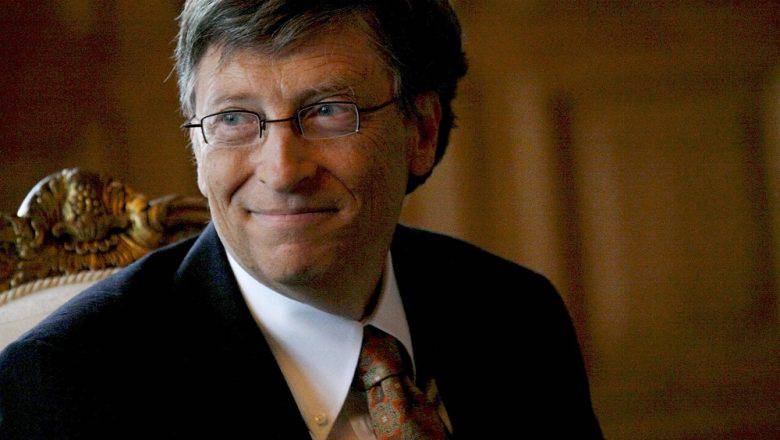 Bill Gates, as we all know the co-founder of Microsoft along with Paul Allen is the world’s second richest person, is very well known to be publicity shy. Despite of that nature he could never avoid publicity for the works he has done and the position he holds in the techie world. As he told The Daily Mail journalist Caroline Graham, he has been and still is teased a lot by his kids, as they sing ‘Billionaire” by Bruno Mars and Travie Mc Coy, the lines “I wanna be a billionaire so freakin’ bad. Buy all the things I never had. I wanna be on the cover of Forbes magazine. Smiling next to Oprah and Queen…” they actually don’t describe him but that is all what Mr. Gates has already achieved.

He has been on the cover of Forbes a lot of times, Oprah Winfrey is a close friend and has been awarded an Honorary Knighthood in 2005. When it comes to publicity, Bill Gates has got it all; there would be hardly a magazine newspaper, TV channel or any source of media he has not been published in or appeared at.

‘The Billionaire song is what my kids tease me with,’ he says. ‘They sing it to me. It’s funny.’

The kids very well know about the fortune he has, but as he states, they won’t get all of this fortune, giving this much won’t do them any good. He says ‘It will be a minuscule portion of my wealth. It will mean they have to find their own way. They will be given an unbelievable education, but they will have to pick a job they like and go to work,’

Bill Gates is too simple in his living for a person who holds that much of fortune; his current personal worth is $56 billion, that too after donating $28 billion to charity. He likes living simple spending time with his family and doesn’t like media attention much.

When going out with his family he likes to go in his minivan, which he drives, and is happy to be able to spend time with them in the simplest way. His family owns a Porsche, he’s had a Lexus too, but keeping it simple and mostly travelling in a normal Mercedes is his way to go.

He retired himself from a full time employment at the Microsoft and is concentrating more on Philanthropy and working for his foundation GAVI (Global Alliance for Vaccines and Immunization). When asked about ever returning to Microsoft, he said, “My full time work for the rest of my life is this foundation.”

Bill Gates has never escaped out of the media; there has never been a period of time when he was not in any news or publishing. Even though he likes to stay simple and not like a celebrity, all of us know, in the world of business and technology, he is.

OGSCapital’s team has assisted thousands of entrepreneurs with top-rate business plan development, consultancy and analysis. They’ve helped thousands of SME owners secure more than $1.5 billion in funding, and they can do the same for you.

OGScapital – Serving you with offices in the USA, the United Kingdom, and Canada.

Buy Side Due Diligence Services

How Much Does Business Plan Cost?

Who Can Help You Write a Business Plan?

OGSCapital Reviews the Impact of COVID-19 on Startups in 2020

Starting and Growing the MWBE is All About Relationships

Why You Should Hire Effective Business Plan Writers

Recognizing the Challenges in Succession Planning

Protecting Business Interests in the Event of Disability

It is All About Market Niche in the Business Plan

Making the Business Plan Stand Up and Salute

Adding Shine to the Business Plan to Attract Investors

Budget Planning for a Technology Business

Making Technology Work for the Business

Putting the Business Front and Center

Getting the Business Plan “Write”

Things To-Do at the End of the Business Year

Getting Down to the Business of Writing a Business Plan

Getting Started on a Retail Business Plan that Sells

Strategic Planning – a Process to Meet the Mission and Success

The Art of the Executive Summary in a Business Plan

Making a Business Plan that Stands Out in the Crowd

Building Success into the Business Plan

Developing a Business Plan for the Best Exit Plan

Approaching the Business Plan with a Plan for Quality

Strategic Planning for Converting Browsers to Buyers on a Website

Objectives of a Business Plan

The Strategy of Business Plan with Implementation Summary

Financial Plans in the Business Plan

Reading Between the Lines of Successful Entrepreneurs

Need to Write a Business Plan

Firing up the Ignite Business Plan

Indoor Playground Business Does Not Play Around with Success

Need a Business Plan Written? Look to a Professional?

Carving Out Success with a B2B Business Plan

Motivating and Informing Others Through Public Speaking

Heading in the Right Direction with Car Rental Business Planning

The Journey from Stand to Suites

An Entrepreneur who hates Professional Presentations

Due Diligence and Its Importance in Buying a Business

HOW TO MAKE A GOOD BUSINESS PLAN

Importance and benefits of marketing plan

There is no business without a plan

Financial projection in a recession

Analysis of the marketing plan template

Some advice on making out your business plan. Part 3

Some advice on making out your business plan. Part 2.

Some advice on making out your business plan. Part 1.

The unified structure of business plan

The system of financial planning’s of the company

Rules and stages of strategic planning

Financial analysis: its aims and methods

Business strategy: how to find your own

Budgeting as the Tool of Financial Planning

Conception and stages of strategic planning

Marketing plan. What is it?

What is financial modeling?

Aims and Methods of Business Plan

Any questions? Get in Touch!

mentioned in the press:

Get Your Free Consultation

Fill the Form and we will revert to you ASAP

OGScapital website is not supported for your current browser.
Please use:

Get A Free Consultation!